Final lowering of the Ottoman flag in Irapetra.

Probably taken about 1st November 1898; the Cretan calendar was 12 days behind the European one in  that year. 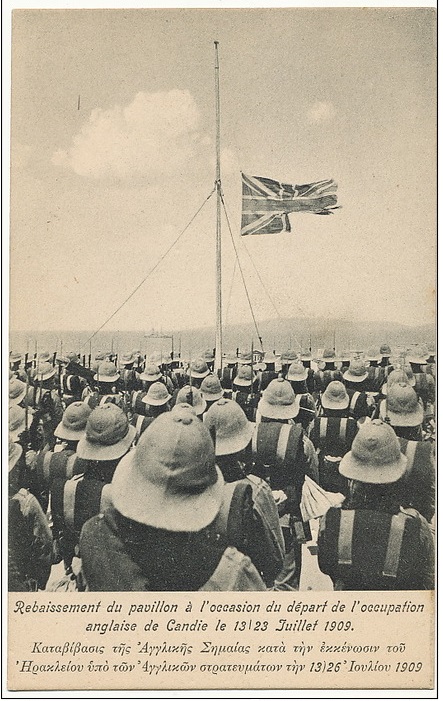 13 July 1909 and the British finally pull out of Crete…defence cuts forced the withdrawal when the British troops were down to their last flag. Troops shown are 2nd Battalion, The Devonshire Regiment.